Harley Halts Production Due to COVID19 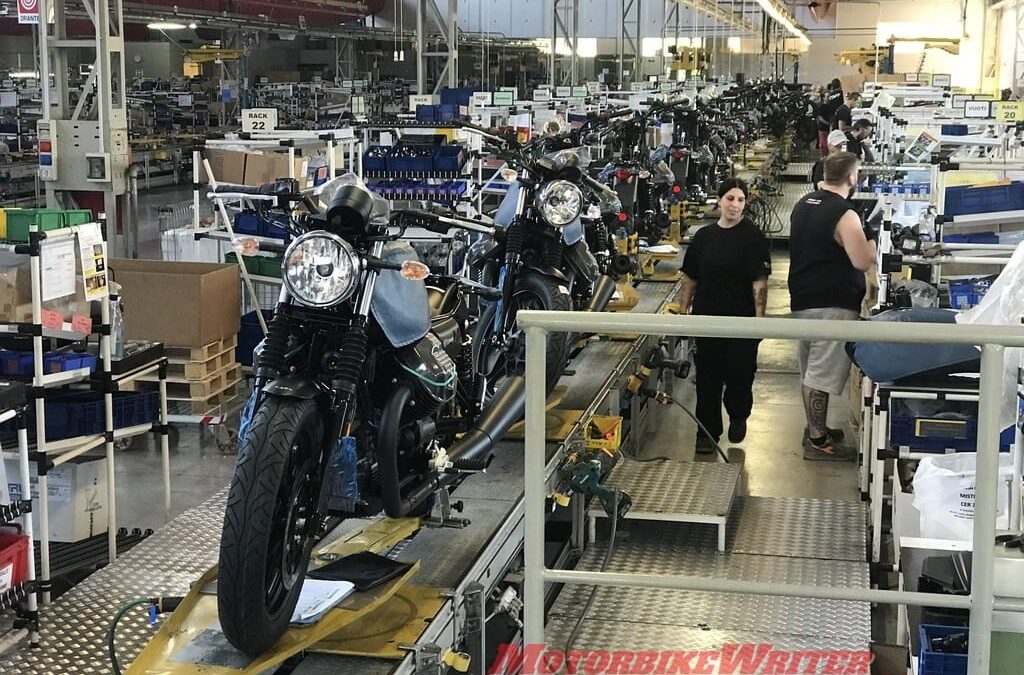 Harley-Davidson has announced a temporary halt on production in their U.S. manufacturing facilities through March 29 due to COVID19.

On Monday, the company had asked employees at their Milwaukee-area headquarters and Product Development Center to work remotely at least until the end of March.

But that was before an employee tested positive for the COVID-19 coronavirus yesterday, resulting in the immediate closing of HD’s Pilgrim Road Powertrain Operations facility. The are now “thoroughly cleaning and disinfecting the building, per the company’s COVID19 response protocol.”

The shutdown comes at a crucial time for the company, who have in recent years suffered declining sales as young people eschew the time-honored art of motorcycling, perceiving it as something old guys are fond of. As the customer base of mostly boomers ages, the younger generation isn’t picking up the slack.

In a survey of core customers regarding the brand’s latest bikes, most said they don’t like them. When asked why they wouldn’t consider buying a Harley-Davidson, 13 percent of the 55-plus respondents said that, “people my age do not ride motorcycles.”

Impala Asset Management, a large HD shareholder, had publicly raised concerns over Harley’s future direction and is widely seen as a large influence in Levatich’s departure. They nominated Leo Hindery, a former president and CEO of Tele-Communications, Inc. and AT&T Boradband, and Brent Dewar, a former executive with General Motors and former president of NASCAR, to help steer the company back on course.

“We recognize the unprecedented nature of this global crisis,” said Jochen Zeitz, acting CEO and president. “We will continue to monitor the situation and take necessary steps to prioritize employee health and safety.”

In accordance with social distance guidelines, all Harley-Davidson sponsored events have been cancelled until mid-April.

Italian bikemaker Ducati has also halted production at least until March 28. Claudio Domenicali, CEO of Ducati Motor Holding, said that all the support services for the customers are guaranteed, especially the supply of spare parts. Domenicali said that Ducati is already arranging for whenever the pandemic is finally finished. Italy has been devastated by the corona virus.

The Pierer Mobility Group, Europe’s largest motorcycle manufacturer and parent company to GasGas, KTM and Husqvarna, announced last week that its workforce would be taking a two week company vacation from March 30th through April 10th due to coronavirus. This move came after impending interruption in the supply chain from northern Italy , where many of Pierer’s suppliers were struck by the virus.

Yamaha Europe has suspended production in its facilities in France and Italy until March 22. “Both facilities will remain closed until 22nd March, after which the situation will be reviewed on a weekly basis,” the company said in a statement.

The demand for motorcycles is slowing down and BMW will slow down the deliveries of its bikes as well due to the COVID19.